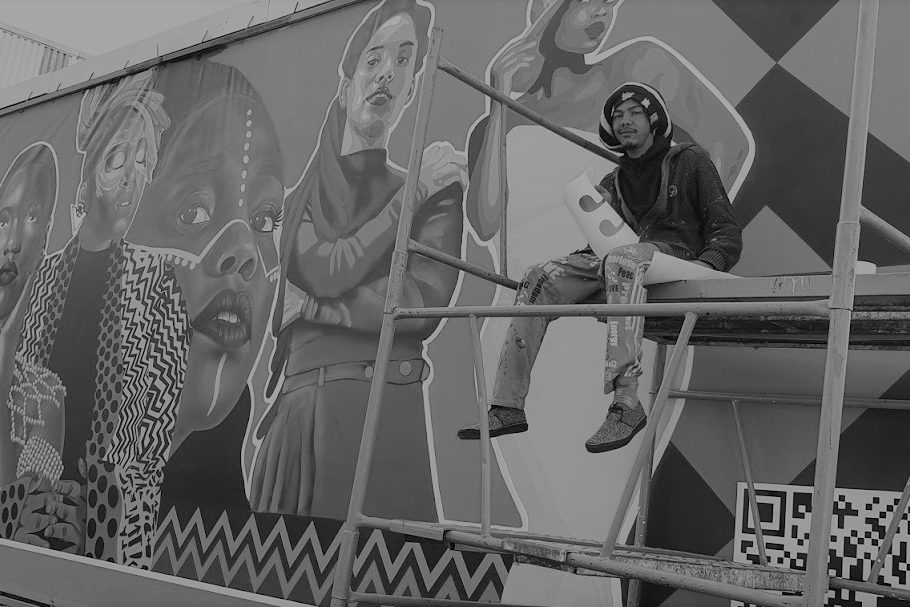 On Sunday 9 August 2020, at 12h00, as our country celebrates Women’s Day, the streets of Maboneng (Sotho for ‘Place of Light’), the art district in the East of Johannesburg’s inner city, will thrum with the sounds and images of Women’s Power during the livestream launch of the global @womandlachallenge on both the @cityofcourage and @womandlachallenge Facebook pages.

In the name of charity, the #womandlachallenge is an attempt to break the global record for the most #jerusalemachallenges completed across the country – and potentially the world – during Women’s Month in August – under the hashtag #womandlachallenge. Based on the song Jerusalema, by MasterKG and Nomcebo Zikode (remix with Burna Boy), the #jerusalemachallenge, has taken the world by storm (20 million views and counting), becoming a beacon of light, hope and community building during the COVID-19 lockdown.

The #womandlachallenge follows a morning of activity, focused on the women of South Africa. Starting at 10h00, at the Women’s Jail at Constitution Hill, famed gender activist, Luke Lamprecht will lead a group of runners – clad in pink and orange (the colours of women and GBV activism) –  through the inner city of Johannesburg, on the second @cityofcourage tour held in the past month, in aid of projects fighting gender-based violence (GBV). In keeping with the historical precedent of Women’s Day held on 9 August 1956[i], the run will focus on a pantheon of inspiring women who have changed the course of our history – depicted in public art throughout the city – and also contemporary male and female artists who now guide a women-empowered future.

The 30 runners include young activists; male and female members of Fight with Insight, a boxing and fitness academy that teaches at-risk youth to manage aggression positively, and the Nirvana programme, a female-led community-based initiative for young girls and women in inner-city, specifically those in Hillbrow, Berea, and Yeoville.

The run will end in Maboneng, where the runners will join the young dancers of Enzo Dance Academy of Kathlehong, led by Enzo Thatohatsi Musi, and the youth from the inner city, in  a livestream #womandlachallenge #jerusalemachallenge – with the endorsement, and potential appearance, of co-writer and ‘voice’ of the song, Ms Noncebo Zikode.

The event will coincide with the unveiling of two murals in Fox Street, dedicated to the women of South Africa: A mural by @dbongz_one (Bongani Mahlathi), depicting a group of contemporary South African women, and a road-painting, by the artists and community of Maboneng. Currently being painted onto the tarmac (visible from above, and reminiscent of the recent street paintings on Uptown Street in New York, as part of the ‘Black Lives Matter’ protest), the road-painting includes just one phrase: #WOMANDLA – Women’s Power!

The #womandlachallenge street event will be limited to fifty masked-up and socially-distanced participants, and will be live-streamed and act as the catalyst for what the organisers hope will be the biggest  #jerusalemacharitychallenge in the world. Providing commentary with his slam-style is winner of the Africa Cup of Slam Poetry for 2018 (Coupe d’Afrique Slam Poésie), Thuthukani Myeza.

MASK-UP, WARM-UP, PERFORM AND BEAM IT UP TO SOCIAL MEDIA IN A BID TO MAKE A WORLD RECORD IN WOMEN’S MONTH!

The organisers have requested that each participant donate anything from R1 to many multiples thereof via Quicket or by clicking through to the @womandlachallenge facebook page – and to challenge their colleagues and competitors to do the same. This includes media houses!

The event is produced by Space Productions and Ithemba Upliftment Foundation, in association with the Inner City Collective Community Action Network (CAN), which under Gauteng Together and Angel Network, forms an alliance of non-profit and community structures that have come together in aligned bodies, and in response to the COVID-19 pandemic and its devastating effects on the people of South Africa.

All proceeds, after expenses, will be earmarked for organisations that support women and children’s empowerment, and children’s education and feeding schemes, under the administration of the Inner City CAN’s GBV fund. Beneficiaries include Fight with Insight, Women and Men Against Child Abuse, and Africa Awake, among others.

@womandlachallenge for the month-long challenge

On 9 August 1956, over 20 000 women, led by Rahima Moosa, Helen Joseph, Sophie Williams-De Bruyn and Lillian Ngoyi, of the Federation of South African Women, marched to the Union Buildings to hand over to Prime Minister JG Strijdom more than 100 000 signatures protesting the new pass laws and Group Areas Act. From that march, came the famous phrase: ‘You Strike the Woman. You Strike the Rock.’ (‘wathint’ abafazi, wathint’ imbokodo’)