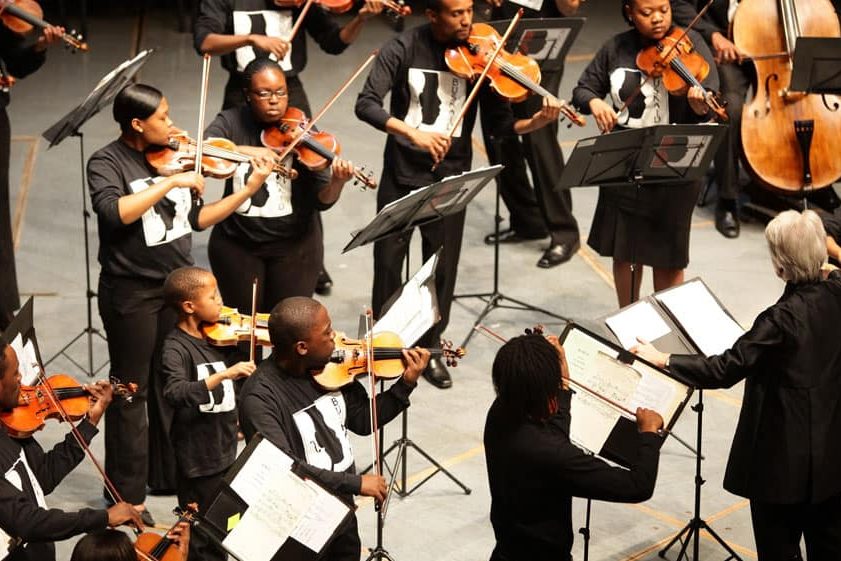 Total South Africa (SA) was established in 1954 and is part owned by multinational Paris-based Company, Total Group. Through this global alignment, Total strives to ensure that the company is able to benefit from shared access to internationally acclaimed best practice, technological expertise and top flight business innovations.

Total SA is committed to developing the South African nation and was one of the first oil companies to introduce service stations in disadvantaged areas. Considered a pioneer within the local employment industry, Total SA is recognised for its commitment to progressive transformation. Notably, it was the first multinational oil company in South Africa to appoint a female executive, and the first oil company to introduce its brand into predominantly black townships, also taking the initiative to appoint black service station owners.

The arts and cultural heritage are also important for the company, which is evident considering Total SA was Buskaid’s first corporate sponsor, and has supported Buskaid since its inception in 1997.

Rosemary Nalden established Buskaid in response to requests from the local Diepkloof community. To begin with, the fledgling project consisted of fifteen members of the original Diepkloof Project and a few new beginners. Since then it has grown exponentially, and currently comprises approximately 115 students ranging in age from six to 34, all of whom are drawn from the disadvantaged community in Diepkloof.

The partnership between Total SA and Buskaid aligns with Total SA’s vision of building sustainable partnerships in all its CSI investments, with specific focus on the arts and education. Over the two-decade partnership, Total SA has supported Buskaid with administration, the building of Buskaid’s Music School, the production of two CDs, the teaching programme, local concerts, and international tours.

The objectives that brought together and continue to unite the two organisations are:

Initially Buskaid had one tiny teaching room in Diepkloof and no office space. From 1997, Total SA provided office space to Buskaid within its own Braamfontein and Rosebank offices, and Buskaid became part of the Total SA “family”. Total SA’s staff took a keen interest in Buskaid’s progress, especially when its musicians performed at in-house staff events, contributing to staff wellness and cohesion. Total SA gave Buskaid free use of its Bramley House for weekend residential music workshops until Buskaid built its own Music School in Diepkloof (1999), for which Total SA provided free legal and architectural advice, and some building sponsorship. Since then, Total SA funded the setting up of Buskaid’s current offices (2000) and sponsored seven highly successful international Buskaid tours. More recently, it has focused on Buskaid’s activities in Soweto, specifically its Learnership and Teaching programmes, concert costs and fees for its young performers.

Over the years, Total SA’s support of Buskaid has reached tens of thousands of people. All of the tours abroad have included outreach in disadvantaged communities. Over the years, upwards of 100 Buskaid musicians have participated in these tours and have been exposed to a variety of different cultures. Initially Buskaid musicians were too young to be paid directly, though many were assisted with their schooling and related costs. In the last eight years, however, Buskaid has contributed to work creation by paying some of its senior players and by training music teachers, subsequently growing financially viable career paths. Currently Buskaid has approximately 20 performers who are regularly paid for diverse tours, concerts, rehearsals and corporate “gigs,” the funding for which is partly covered by Total SA.

The strategic objectives of this partnership have been achieved through the phenomenal growth of Buskaid into a world-renowned Academy of Performance and Teaching. In 2010 the Buskaid Ensemble was invited by the South African Embassy in Syria to represent South Africa culturally through a series of performances in Damascus and Aleppo to coincide with the World Cup. Two of these events were scheduled to precede live transmissions of World Cup semi-finals in Fan Parks. This was of great benefit to the Buskaid ensemble and the South African arts community as, at the time, very little attention was being paid to South African artists. Total SA also benefited in that the association with Buskaid further enhanced its reputation as a company willing to align itself with South African cultural organisations through its CSI programmes, and it received positive exposure in a Middle Eastern country. During this time Total SA also met another of its strategic objectives set for the year 2010, which was to increase the Buskaid musicians’ exposure to unfamiliar cultures and give them the opportunity to meet and interact with young musicians of other nationalities, developing their cultural intelligence.

Recently Buskaid musicians arranged and recorded 30 township songs for a second album of Gospel and Kwela: a significant contribution to South Africa’s musical heritage. Additionally, Buskaid’s presence within the community of Soweto has been beneficial for community upliftment, the preservation of heritage through music, and providing employment to youth.

Buskaid’s activities are also aimed at developing broader life skills through the educational activities at the Music Academy and beyond, demonstrating both emotional and cultural intelligence. Learning a stringed instrument requires high levels of self-discipline, self-motivation, taking responsibility, effective time management, and working confidently as an individual, whilst simultaneously understanding the dynamics of teamwork. Younger musicians are paired with more experienced ones, and young trainee teachers are paired with teaching assistants, which creates a conducive and productive learning space. Total SA has directly sponsored this aspect of Buskaid’s activities.

Total SA’s sponsorship of at least seven international tours undertaken by the Buskaid Ensemble has enabled numerous young township musicians to play on international stages for audiences of many thousands, contributing to South African cultural diplomacy. The Buskaid Ensemble’s international tours have been an extraordinary aspect of its activities since its first tour to the United Kingdom (UK) and France in 1999, sponsored by Total SA. Since then, the Ensemble has performed to huge acclaim in ten countries (some several times), as far apart as New Zealand and Syria, to audiences of thousands. In almost all cases, it has received standing ovations and rave reviews. It is the only South African orchestra to have performed at the BBC Proms in London, and was named by the UK’s Gramophone magazine as one of the ten most inspirational orchestras in the world, which has played a role in raising awareness of the rich arts and culture offerings in South Africa and hence attracting cultural tourism. Total SA has been the major sponsor of seven of these tours, the impact of which has been far reaching. This has highlighted the extraordinary talents and discipline of these young South African musicians, who are widely regarded as fine young cultural ambassadors for their country. In turn, these young people have a unique awareness of the outside world as a direct result of their extensive travels and have grown their cultural intelligence. This type of exposure has created a greater interest in South African arts and has exposed South African artists to international platforms. Such exposure increases variation in genres, creates a breeding ground for cultural exchange, assists artists in varying their own music and style of presentation, and offers growth in the area of cultural intelligence. This will give South Africa currency to grow its arts sector, therefore increasing economic, social and educational growth opportunities.

The link between music and education has been transformed by the partnership between Total SA and Buskaid, helping youth tackle social challenges, providing them with opportunities for learning and receiving paying work, and contributing to the growth of the South African arts sector and its markets, both locally and internationally.