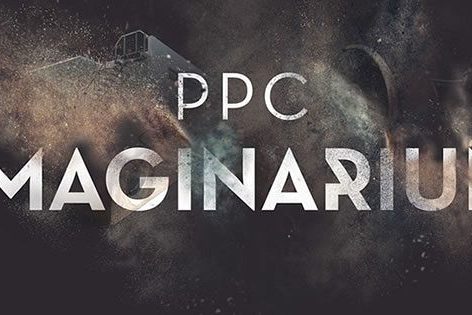 PPC Ltd was established in 1892 as South Africa’s first cement plant, De Eerste Cement Fabrieken Beperkt. A leading supplier of cement and related products in southern Africa, PPC has factories in South Africa, Botswana, Democratic Republic of the Congo, Ethiopia, Rwanda and Zimbabwe. Its history is closely linked to the growth and development of South Africa, having produced cement for many of the country’s most famous landmarks and construction projects, such as the Union Buildings, Gautrain station, Gariep Dam, Cape Town Green Point Stadium, and others.

PPC has been a responsible corporate citizen in South Africa for 126 years. Its support for art, design and innovation is fitting for a company that has contributed to the infrastructural growth and development of South Africa for over a century, and is an investment in the future of the country. PPC recognises that art and design are major contributors to innovation (a key driver for economic growth and development, which provides solutions to key issues facing the country and its communities) and strives for a better and more sustainable future – a “Better Life for All”.

PPC supports design thinking and innovative collaboration through partnership opportunities such as the PPC Imaginarium Awards, a competition recognising, featuring and rewarding innovative design concepts and prototypes that use PPC concrete in the creative disciplines of architecture, fashion, film, industrial design, jewellery and sculpture. Such partnerships also allow PPC to promote the use of concrete as a design material and experimentation using Portland Cement in South Africa. The Award is unique through its programmes which incentivise, award, nurture, profile and assist emerging artists in South Africa and Zimbabwe.

The PPC Imaginarium was previously known as the Young Concrete Sculptor Awards (YCSA), initiated in 1992 as one of the company’s centenary celebrations. The YCSA was the only major competition exclusively devoted to the art of sculpture using the medium of concrete. A Functional Art category was added in 2012, and close to 100 entries were submitted. In 2014, PPC decided to extend its longstanding sponsorship and support to other creative disciplines, and the PPC Imaginarium was born. The objective of this shift was to provide a wider range of creatives with an opportunity to showcase their talents to more diverse audiences and buyers, to promote artistic behaviour, and to show the versatility of concrete. Building on the legacy of its predecessor, the 22-year-old YCSA, the PPC Imaginarium is now South Africa’s largest creativity support and profiling platform, firmly linking PPC with design and innovation, and allowing the company to take ownership of creativity and innovation in the cement and concrete arena in South Africa.

After the first successful PPC Imaginarium Awards in 2014, PPC increased its sponsorship in each subsequent year of the Imaginarium Awards, allowing the platform to expand into one of South Africa’s largest artistic awards and support programmes. These awards have shown remarkable growth with 942 entries in 2016, over 100% growth from the 416 entries received in its inception year.

Personalised letters are sent to heads of department and senior lecturers at design schools across the country, backed up with eye catching posters earmarked for notice boards at all the main design departments, design education oriented NGOs and official design institutes in South Africa. 1kg “Imaginarium” cement bags (including information and the entry form) were also distributed to these institutions and handed out at exhibitions. Furthermore, workshops, lectures, demonstrations, talks and design critique sessions are held regularly to market the PPC Imaginarium and, importantly, to provide mentorship and training for entrants into the competition. The training and educational support given has opened a world of possibilities to many entrants who had very little exposure to concrete as a material of expression previously. Considering the extent to which arts education is under-supported, the PPC Imaginarium plays a critical role in encouraging this vital function in South Africa, and grows its own brand equity as a consequence.

PPC’s increased support for the Imaginarium Awards also allowed for expanded exhibition opportunities which gave entrants nationwide exposure to larger audiences. These exhibitions were carefully curated to maximise visitor interest and to expose designers and their work to a larger public. The PPC Imaginarium was showcased through six major exhibitions in 2015 at the Design Indaba Expo, Youngblood, University of Johannesburg (UJ) Art Gallery, Pretoria Arts Association, Turbine Art Fair and 100% Design South Africa, and another six in 2016 at the Art Africa Fair, UJ Art Gallery, Turbine Art Fair, AVA Gallery, KZNSA Gallery, and Decorex Johannesburg. Each year saw more than 80,000 visitors viewing the work at these exhibitions.

Acknowledging that smartphone penetration in SA has now reached 20% of the population, with the majority of university students and recent graduates embracing the digital world, the PPC Imaginarium is digitally driven and smartphone-biased, with uniquely interactive features offering a strong and experimental emphasis on building “online communities” which encourage sharing, co-creation and online tutoring:

The PPC Imaginarium also relies on media exposure for its finalists and winners, and has developed extensive national media reach, offering constant “good news” feeds through editorials, television and radio exposure of finalists and winners, with a limited advertorial spend. Total PR coverage and profiling of finalists tripled in 2015 to R6,036,857.00, and more than doubled in 2016 to R13,200,000.00, translating into a massive audience reach across all demographics. Furthermore, much of the coverage was dedicated to promoting the finalists’ and winners’ achievements, rather than focusing solely on the PPC Imaginarium itself, so as to lend additional support to help launch their careers.

Entrepreneurship and work creation is a key focus within the PPC Imaginarium Awards, and the exposure and support received by both finalists and winners have enabled many to start up their own businesses. For example, Bokang Lehabe has subsequently been profiled by Design Indaba as one of South Africa’s fashion talents; Anri Coetzee’s film “Lillith” was featured at the London Film Festival and the Sundance Festival in the United States of America; the overall 2015 winner, Mignon Daubermann, used her prize money to set up a jewellery manufacturing studio and to expand her jewellery range; Industrial Design Winner, August de Wet’s, concrete bollard lights are going into commercial production; and Ivan Brown received further funding from PPC to allow his concrete cast beehives to be made available for free to emerging beekeepers in Orange Farm and other rural areas, and he is using his prize money towards an Honours degree and further research in the refinement of his prototype. The exposure of finalists at major exhibitions has attracted the attention of many buyers (both local and foreign), and has resulted in purchases and orders being placed for products, assisting them further in establishing their professional careers.

The increasing financial support for the Imaginarium Awards demonstrates that PPC appreciates the value of arts sponsorship, and the extent of this thrusts PPC into the limelight as one of the major supporters of the art and design community in South Africa. This is evident in BASA’s Artstrack research, which (among other data) tracks awareness of arts and culture sponsors among the South African population by asking respondents to name the companies they can recall that sponsor arts and culture in the country. In 2015’s Artstrack No. 7, PPC was the strongest new entrant to the list, with 4% of mentions overall.

The PPC Imaginarium is proof that corporate sponsorship of creativity and the nurturing of creative talent in South Africa can be symbiotic and deliver tangible results for both partners.

PPC received over R13m of positive PR value, building brand equity by enhancing corporate reputation, allowing differentiation from competitors and building knowledge about products and market opportunities. PPC is now firmly linked with design experimentation and innovation in South Africa, entrenching the brand as innovative and versatile, and shifting the way people think about PPC’s product. The Imaginarium platform has encouraged innovation and collaboration in unexpected ways which has allowed for new product and design development.

Innovation has been adopted as one of PPC’s key strategic pillars, and the Imaginarium platform is a valuable tool in entrenching these central ideas into its corporate culture through providing additional collaboration opportunities with designers.

The PPC Imaginarium builds social capital and offers opportunities for social engagement, thereby promoting multiculturalism. PPC recognises that artists are central to social change, and this platform offers opportunities for societal commentary and/or workable solutions through art. The exhibition challenges cultural narratives and prompts emotional responses. Audiences across South Africa can strongly identify with the content, evident from the positive public feedback across all demographics. The Imaginarium platform allows increased access to the arts, both by artists and society, as well as PPC employees.

The PPC Imaginarium is poised to grow from a strong corporate foundation with a legacy of 126 years in South Africa and a long term commitment to the platform. The intention is to continue growing the technical and interactive online mentoring and tutoring facilities of the digital platform. The adoption of emerging technology, such as smartphone technologies, and digital trends allow for an ever wider geographical reach of emerging designers. By further embracing e-commerce profiling opportunities, finalists will be able to reach a global audience of potential buyers and future clients. The value creation of this initiative ensures a sustainable future for the partnership.