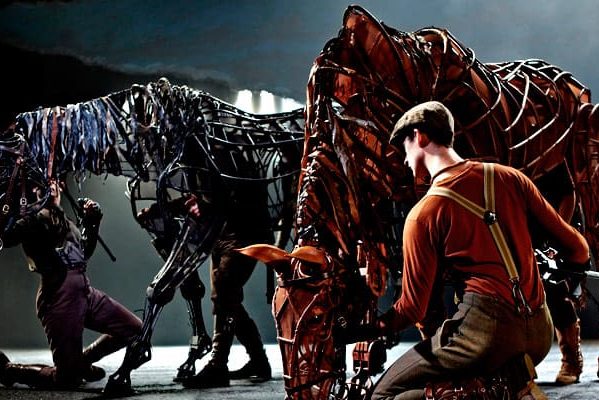 RMB’s ability to think differently and its collaborative spirit is what sets it apart and enables the company to deliver on its brand promise: Traditional values. Innovative ideas. At RMB, the business case for supporting arts and culture is refreshingly robust, and there are many elements that combine to make this sector a compelling sponsorship and corporate social investment (CSI) focus for the bank. RMB celebrates and rewards exceptional talent, and its brand promise is reinforced in the many arts projects and organisations it supports, from Starlight Classics, to Drama for Life, to Durban Music School, to the Forgotten Angle Theatre Collaborative, to William Kentridge’s innovative interpretation of Mozart’s traditionally classical Magic Flute in 2007, to 2014’s War Horse collaboration with Pieter Toerien, the Royal National Theatre of Great Britain, Handspring Puppet Company, Tsogo Sun, Artscape, ASSITEJ, Creative Feel Magazine and Tokara Wine Estate, and many more.

The National Theatre’s War Horse, based on the novel by Michael Morpurgo and adapted for stage by Nick Stafford, forged by a powerhouse of creative talent and featuring puppets by South Africa’s Handspring Puppet Company, has won an army of 6 million fans around the world.

RMB’s desire to bring War Horse to South Africa began in 2011, after it sponsored Topthorn to appear at the 2011 BASA Awards at Turbine Hall, Newtown, Johannesburg. Here, Adrian Kohler and Basil Jones, Handspring’s Founders, shared some of the magic behind Topthorn’s “horsiness,” which fuelled RMB’s quest to help bring War Horse “home”, something Pieter Toerien was determined to do, with affordable ticket prices for the average South African.

Thanks to this partnership, War Horse came “home” at the end of 2014, playing to sold out houses in Johannesburg and Cape Town, with an extended run in Cape Town and an innovative, inclusive creative arts education project as an integral part of the sponsorship. The unique condition of the War Horse engagement was that RMB integrated good business and good work, and used its Creative Arts CSI programme and ethos of partnership to make this production as meaningful and far-reaching as possible.

The show ran for 39 days in Johannesburg and 30 days in Cape Town (excluding the extended run). A conservative figure looks at only one show per day and, from this estimate, it would seem that War Horse reached 70,200 audience members in Johannesburg and 42,000 in Cape Town; a total of 112,200. This figure excludes charity partners, whose staff and animals were also reached by news, appearances or benefits from the project, or RMB-funded live appearances by Joey at schools and other venues or events, such as the visit to the National Arts Festival, where Joey met the donkey from Lindiwe Matshikiza’s The Donkey Child – all of which were offshoots of the Creative Arts education programme linked to War Horse.

This was a progressive and creative partnership – from the creative arts on the stage, to leveraging all kinds of opportunities and partnerships that publicised War Horse and filled the theatres. An example was using RMB WineX: For every top price ticket bought for a War Horse performance at Montecasino, customers received one free ticket to the opening of RMB WineX. RMB staff were engaged using posters, digital screens, e-newsletters, the internal TV – Channel RMB, and the “highjacking” of the emergency intercom to make a live announcement and get colleagues downstairs to meet Joey at an exclusive RMB appearance. Externally, RMB used print media, TV and radio channels, and partnered with Creative Feel Magazine to create content for 9 issues to inform and educate readers and draw them to the theatre. RMB also funded live appearances of Joey at RMB Winex and Starlight Classics to leverage off other client and sponsorship events, and as part of “Fabricate”, the Handspring retrospective exhibition at the FNB Art Fair, celebrating the company’s rich history of puppet and theatre-making by bringing together beloved puppet characters from well-known productions. The Creative Feel “Art of War Horse” programme was given to RMB guests and clients, and used as an educational tool from October 2014. Furthermore, the success of one of the cast members from Port Elizabeth and his involvement in War Horse was covered by the Herald newspaper.

Over and above the production itself was the eight month education programme designed by ASSITEJ SA and the RMB Fund, with the support of BASA. ASSITEJ SA, the International Association of Theatre for Children and Young People, connects and supports theatre practitioners, companies, organisations, institutions and schools across the country that share a belief in the transformative difference that theatre makes in the lives of children and young people. The War Horse education programme delivered high quality, memorable artistic experiences for artists, children and teachers, through about 100 workshops and free admission to dedicated War Horse performances for approximately 5000 school children and 400 teachers across Gauteng and the Western Cape.

The magic and part of the award winning nature of the production is the South African based Handspring Puppet Company, which has been an extremely successful brand for South Africa over the years. The Handspring Puppet Company won Tony Awards and the first ever World Impact Award at the 2015 Naledi Awards for War Horse, and RMB was able to celebrate Handspring’s global success. RMB believes that corporate showcasing of excellence in the arts increases public awareness and pride in South Africa’s arts, culture and heritage as an international calling card. Premium quality arts initiatives remind us of how many creative, gifted people make a positive difference in our country.

The support of the theatre-going public stood out, with unsolicited, overwhelmingly positive feedback from a truly diverse audience, reaffirming why the partners got involved the War Horse project. This made for a celebration of premium quality arts made accessible to many and understood by all. The difference right from the start was the huge amount of discretionary energy that was generated. Everyone put in extra, nobody was greedy, everyone was giving to the collaboration, rather than taking, and everyone got something out of a truly great event. Ongoing relationships and partnerships emanating from this journey together are not surprising, but rather a validation of the RMB philosophy of doing good business and good work: